Balance Club Brumlovka in Prague’s BB Centrum is undergoing extensive reconstruction this year. It will be performed in two phases and concerns the visitor’s facilities, including change rooms and sanitary facilities, as well as the third storey with a 25-metre pool, saunas and SPA spaces meant for massages and body rituals. In the middle of August, the modernised change rooms and facilities, including a brand new reception, were reopened for visitors, while the entire third storey should be opening during the course of the autumn. The total cost of the reconstruction should reach 100 million crowns. The investor is the PASSERINVEST concern and the reconstruction itself is being carried out by HSF System a.s.

“Over the last four years, we have been discussing and gradually implementing key investments in the individual parts of the club with the club’s management. The decision to invest additional tens of millions of crowns into what is for us a non-profit business activity is understandably not a trivial matter. At a time when similar enterprises are considering closing their doors, are cutting costs or investments or are letting their employees go, we have decided, on the contrary, to invest considerable additional funds in the club in order to significantly raise its level. I am sure that this is a step in the right direction, which will be subsequently confirmed by the even greater satisfaction of the club’s members,” stated Radim Passer, the founder and CEO of Passerinvest Group, with regard to the reconstruction of Balance Club Brumlovka.

The reconstruction has been taking place in Balance Club Brumlovka since the spring of this year. The renovations included the change rooms, which are newly equipped with more modern and spacious lockers with electronic locks, large backlit mirrors and luxury haircare appliances. All the sanitary facilities were also renovated and now clients can also find centrifuges for bathing suits in them. A designer stainless steel water fountain with a dispenser enabling the water to be poured into bottles was installed between the change rooms and in the Fitness spaces.

“This is great news and a positive signal for the entire construction market and for the Czech economy that these are still companies here that are not afraid of the current volatile situation and who are continuing to invest on such a scale. Following the successful construction of the Social Centre in Sedlčany, we can cooperate with PASSERINVEST GROUP on another interesting project. It is another valuable experience for us, in part in that reconstruction is taking place in a busy part of the city under the regular operations of the connected commercial spaces,” said Jan Vitvar, the Key Client Manager of the construction company HSF System a.s.

Significant reconstruction also awaited the reception as part of the first phase of reconstruction. It will newly feature a brand new counter made of artificial white Corian stone. The laundry facilities and safes were also expanded and ceiling tiles that include moss decorations were also installed. The Balance Terminal is another new feature that makes it easy for clients to connect to their Balance Club accounts and, for example, add credit or leave feedback.

The second part of the reconstruction, which includes the entire third storey, will also be completed during the course of the autumn. Visitors will be able to look forward to a new stainless steel 25 m swimming pool and a spacious stainless steel hot tub, plus completely new saunas with a special crushed ice maker as well as luxury SPA spaces meant for massages and body rituals. 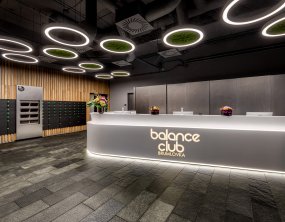 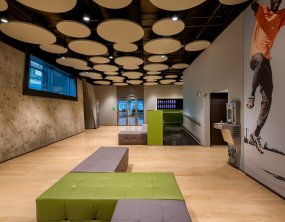 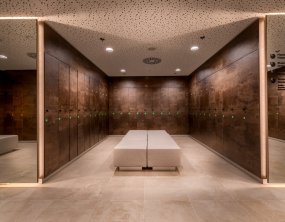