The August manufacturing PMI declined slightly to 54.9, hitting the lowest level in a year. But we are not too worried as the PMI remains solidly above the key 50-level signalling growth and summer-months are usually more volatile anyway

The lowest level in a year

The Purchasing Managers’s Index (PMI) in the Czech Republic dropped to 54.9 points in August after 55.2 recorded in July. Although the August PMI print is the lowest in the past year, it still indicates solidly improving conditions in the manufacturing industry, albeit at a slower pace.

According to Markit, the August PMI drop was due to weaker growth in production and new orders. Despite a lack of workers, companies have been able to partially fill vacant jobs. Inflationary pressures remain high, input price growth has been the second highest since the end of last year, mainly due to higher raw material prices, especially steel, as well as exchange rate developments. However, companies managed to partially pass the higher costs onto their clients. 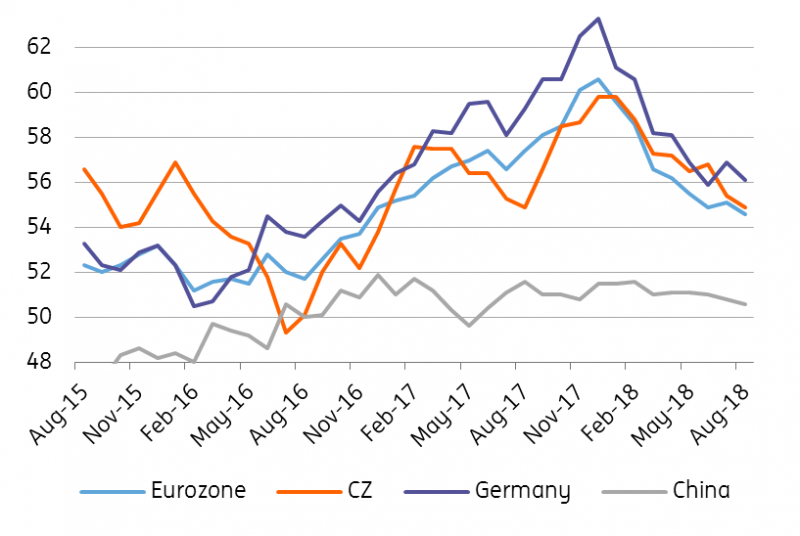 Not worrying so far

The Czech manufacturing PMI has slowed down in the past few moths but there are a number of reasons why we do not see this as overly negative.

As such, a somewhat weaker PMI compared to the previous year should not be surprising.