From one perspective, the European Union is a vast single market, underpinned by common regulation and the free movement of goods, capital and people. For the internationally-minded entrepreneur it offers not only frictionless trade, but also the ability to live and work in any member state without having to wrestle with the bureaucracy of work permits and visas.

But the EU is also a a union of economically diverse nations, each with their own business cultures and histories. As any actual or would-be exporter will tell you, each European Union market is different. The advertising and branding that works in France won't necessarily appeal to Swedes. The service expectations of German customers may be different to those in the UK or Poland.

Over the long-term the story of the EU is probably one of increasing harmonization and cultural convergence, but in the short term entrepreneurs working out some of the new (and relatively new) member states may find that even in a single market, winning overseas orders may not be totally straightforward.

Vaclav Muchna, co-founder of Czech Republic-based enterprise solutions company, Y Soft Corporation has seen the challenges of selling into other European markets and beyond at first hand.

Y Soft was founded in 2000  to offer outsourced software development. Working with just a handful of developers, the company typically offered its services in return for royalties once the projects were up and running. As Muchna acknowledges: “All the projects failed.”

The turning point came in 2003 when the company worked on the development of print management software for the healthcare sector. With customers waiting,  Y Soft  was forced by circumstance to make the jump from outsource developer to solutions supplier. Having borrowed money to buy the necessary hardware, the company began to market a print management product. Today, the business employs around 300 people, has offices across five continents, and revenues of around $30m.

But Muchna has done more than grow his own company. Y Soft also operates a VC Arm (Y Soft Ventures) which invests in Czech tech. Thus his interest in the challenges and opportunities facing companies from Eastern and Central Europe is not just historical – it is ongoing.

From a Y Soft perspective, breaking into the West European market presented a tangible hurdle. “We wanted to grow in Western Europe, but there was skepticism. We were offering not just software but also hardware and there was wariness about buying from from an Eastern European company.”

An opportunity arose in West Germany because Y Soft's competitor in the market was – as Muchna describes it - “failing.” That was the stepping stone to further international growth.

Looking at today's marketplace, Muchna says that at least some of the skepticism directed at Eastern and Central European tech companies has faded. But with his venture capital hat on, he argues that there are still differences in mindset between startups coming out of the one-time Communist countries of the East and their Western counterparts.

“There is a different attitude,” he says. “A company in Western Europe will often think in terms of “going global. A Czech Republic company might think in terms of 'lets see if we can make a few sales in the UK or Germany.”

And as he sees it, Western Companies are forced by economics to be more productive. “Things cost much the same in Eastern and Western Europe, but salaries are lower in the East,” he says. One by-product of this is that a business based in, say, the Czech Republic doesn't have to sell as much – certainly in its home market – to carry on paying wages. That affects the way the business works. For instance, with lower costs it may be possible to  offer software that is tailored for every client. Working in the West requires a much greater focus on sales, even if the trade off is a little less customization and sales.

Nevertheless, Muchna sees a flourishing tech sector in his native country and elsewhere in Eastern Europe. “Given the history of the area, digital security is a particularly strong area, but there are business working across the board.”

Venture capital is available, he says, with business attracting interest from investors outside the region. Indeed as a 2017 report by KPMG points out,  the Czech Republic has emerged as a leader in terms of attracting Foreign Direct Investment to the Region. KPMG cites a  number of factors underpinning the appeal of Czech economy, including, strength in sectors such as IT, life sciences and nanotechnology.  And as Muchna points out, across Eastern and Central Europe in general valuations are much lower than would the case in, say, the US. Another factor is that businesses tend to be very focused on profits and revenues.  As he points out, valuations are lower and businesses in the East are very focused on profits and revenues.

For its part, Y Soft Ventures focuses on the B2B market. “We also tend to concentrate on companies that are similar to us in that they combine hardware and software,” Muchna adds.  The aim is to provide not only money but also help with marketing, R&D, financial management and export strategy.  Businesses in the Y Soft portfolio range from projection equipment provider Lumitrix to intelligent network company GreyCortex.  In addition to investment – always minority stakes – Y Soft grows its own business through acquisition.

So why the leap from company founder to financier?

“Y-Soft isn't a startup anymore,” he says. “But my heart is with people who run startups – people who are working day and night. I don't necessarily want to do that again myself but I want to give something back.” 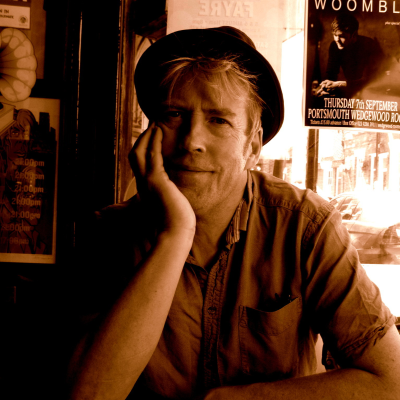 I am a UK business journalist, specializing in fast-growth companies.

Opinions expressed by Forbes Contributors are their own.