After the Czech National Bank ended its one-sided peg of the Czech koruna to the euro, the question of switching to the euro for good has re-emerged. However, few of the major domestic stakeholders seem to support the idea. Euro adoption thus seems unlikely, unless outside pressure rises significantly.

In April of this year, the Czech National Bank ended its three-year onesided peg to the euro. This event induced both domestic and foreign observers of the Czech economy to ask more than they had previously about the likelihood that the country might move closer to adoption of the euro in the near future. This note aims to assess this likelihood on the basis of the views that various domestic stakeholders hold on this issue.

What the public thinks...

The intensity of debate about the Czech Republic entering the Euro Area has been rising and falling over time, ever since the country entered the European Union and made the formal promise to strive toward euro entry. Overall, however, the interest of the general public in this topic has fallen and has been rather low for several years. One way to document this fading interest is the frequency with which euro adoption has been used as a search word in Google. Chart 1 shows that this frequency has been falling steadily for a number of years. 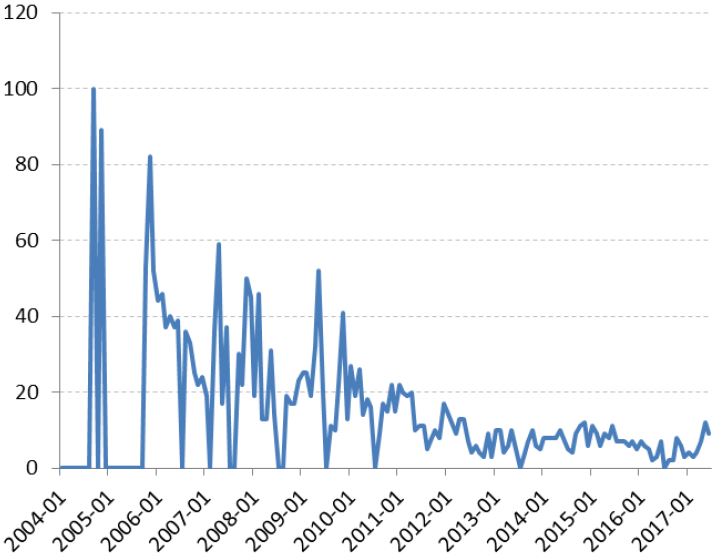 This is no surprise, given that a negative stance on the desirability of the step clearly dominates, as documented by the Eurobarometer data shown in the following chart. 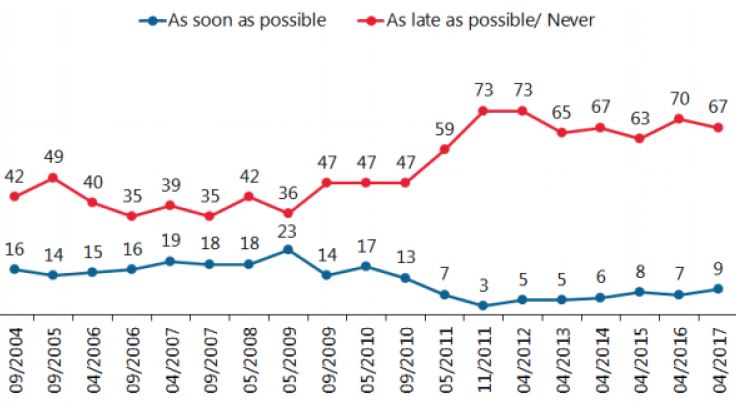 Just for the sake of comparison, Chart 3 shows that, in Slovakia prior to its entry into ERM II in November 2005, the atmosphere was somewhat less euroskeptic than it is in today’s Czechia. 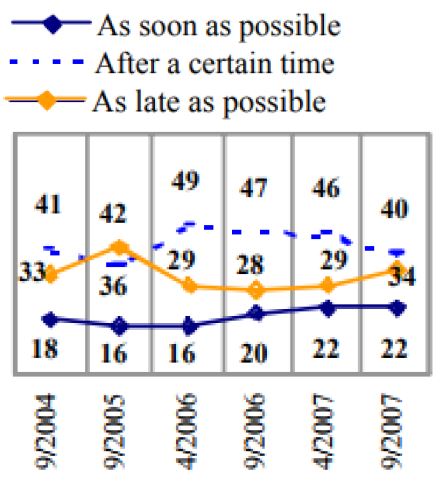 Naturally, the Czech public’s views on euro adoption somewhat vary depending on the specific question being asked. For example, the idea of introducing the euro in the Czech Republic was rejected (in April 2017) by 70% of respondents and supported by 29%; this means that if we put aside the timing, then the relative assessment of euro adoption was somewhat more positive. Similarly, the relative assessment is more favorable and has improved in recent years as regards the perceived positive or negative consequences of euro adoption for the country (Chart 4) as well as for the respondent personally.

Perhaps somewhat surprisingly, not even Czech businesses call strongly for the euro to be adopted soon. A June 2017 Czech Chamber of Commerce survey (in Czech only) of more than 300 Czech companies in all regions and various industries showed that 76% of them “are not sure that the question of euro is as topical as to imply the need for the next government to set, right at the beginning of its term, a fixed future date for the adoption.” The press release stresses that the position was similar regardless of the size of the responding firms.