Home / News / First half of the year at T-Mobile: year-on-year growth in data consumption, cybersecurity support and mental health care

First half of the year at T-Mobile: year-on-year growth in data consumption, cybersecurity support and mental health care

T-Mobile has published its financial results for the first half of this year, which confirm the company's stable performance. Revenues grew by 4.2% year-on-year and the volume of data transferred increased by almost 57%. In the first half of the year, T-Mobile focused on strengthening its cybersecurity services, implementing its ESG strategy and providing support to Ukraine.

Revenues from mobile and fixed services increased by 4.2% year-on-year to CZK 14.8 billion. EBITDA increased by 3.6%, confirming the company's stable performance. Investments in the period under review reached CZK 1.5 billion.

"In spite of the economically and socially difficult situation in our country, we hold a stable position on the market in the long term. What I see as especially significant is the fact that we can react very effectively to current needs. We are strengthening in the area of cybersecurity with the opening of a modern Security Operations Centre, we have rapidly mobilized in emergency assistance to Ukraine, and we are placing a strong emphasis on mental health care, which has become a pillar of our ESG strategy." adds Pavel Hadrbolec, CFO of T-Mobile Czech Republic.

High-speed connectivity is already being used by 411,000 customers, representing a year-on-year growth of more than 8%. T-Mobile TV is also growing in popularity, with 223,000 people watching it in the first half of the year, both via IPTV and on satellite platforms. T-Mobile also continues to build fiber networks and cover homes, with the total number of connections exceeding 300,000 in 84 cities.

Operational results confirm the trend of increasing data consumption at the expense of traditional calls, where there was a 10% decrease in the volume of minutes called. In contrast, the volume of data traffic on the mobile network increased significantly again, by almost 57%. Fixed data traffic also showed an increase of 21%.

In April, T-Mobile opened its new Security Operations Centre in Roztyly, Prague, which brings together comprehensive cyber security services on 150 m2 under one roof. Responding to the ever-growing number of cyber threats, the innovative center operates in 24/7/365 mode, offering the latest technologies and involving a total of 80 security professionals. The Security Operations Centre is part of the T-Business division, which has a long-standing focus on end-to-end IT services for enterprise customers, accounting for 42% of the company's total revenue in 2021.

Using 5G and IoT in the Smart Landscapes project

In cooperation with the Czech University of Life Sciences, T-Mobile has launched a long-term unique project called Smart Forest Landscape in the area near Kostelec nad Černými lesy. The aim of the project is to use technologies such as 5G networks and IoT to investigate natural processes and adapt to ongoing climate change. The project also includes real-time data processing and storage using artificial intelligence and its evaluation using machine learning. The findings of the long-term landscape monitoring and the overall research, which will take place in several phases, should form the basis for shaping other landscapes not only in the Czech Republic but also in the whole of Central Europe.

The topic of mental health is one of T-Mobile's strategic ESG priorities, which is why the company initiated a unique survey on children's mental health from the perspective of adults in conjunction with the non-profit organisation Nevypusť duši. The survey, which yielded previously missing data, revealed both a lack of awareness and misconceptions about the availability of specialist care. As part of a long-standing collaboration with Nevypusť duši, T-Mobile is running workshops in secondary schools throughout this year as well as courses for adults interested in the topic of children's mental health.

Another awareness-raising project is Keys to Media, which aims to improve the media literacy of primary and secondary school students. The project will offer content for teachers and the general public in the form of videos and podcasts, which will be on the web, YouTube and social media. The project will be complemented by public debates and competitions in which students can try their hand at journalism.

In June, the My T-Mobile app was upgraded to feature a Magenta Love section. Customers will find the most interesting things from the world of T-Mobile, including selected content from Instagram, Facebook and Twitter, current campaigns, videos and livestreams. In addition to entertainment and social media content, the new section will also highlight social responsibility activities.

During May and June, Twist's new "Rewards will make you dance" campaign targeted prepaid card users who did not select their reload rewards in the app, even though they were entitled to them. It primarily promoted the ease of use of the T-Mobile app, where the user collects their rewards in four easy steps.

In May, T-Mobile became the first telecommunications company to enter the metaverse. It introduced its own virtual club project, Beatland, on the most widely used online gaming platform Roblox, which provides users with a new way of experiencing music along with a range of other activities. Beatland follows the pan-European music project Telekom Electronic Beats, which reflects the constant evolution of music, design, art, fashion, and new technologies.

T-Mobile responded very promptly to the situation in Ukraine by providing free calls between Ukraine and the Czech Republic, as well as by distributing SIM cards to Ukrainians coming to the Czech Republic and by fundraising. It continues to assist Ukrainian citizens and focuses primarily on activities to facilitate their integration into Czech society. Thanks to a partnership with the non-profit organization Transkript, a service of simultaneous translations for direct communication has been created, which is free of charge both on the volaniproukrajince.cz website and on the Green Line 800 900 909. T Mobile TV has also been added to the public broadcaster Ukraina TV.

In April, a community centre for Ukrainian children was built in Roztyly, which T-Mobile participated in the preparation of. The company provided internet access, voice and data tariffs for employees and classrooms were equipped with tablets. Both the youngest children and teenagers will find support in the centre, and thanks to its various services, Ukrainian parents will be able to start work more easily and integrate better in the Czech Republic. 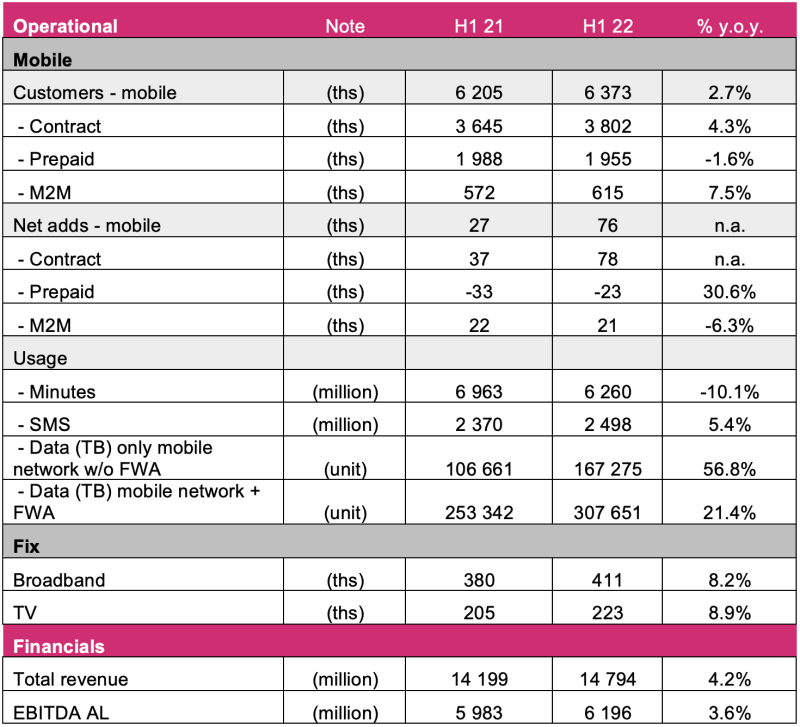