Home / News / Political Digest September 2017: Out with the old, in with the new

Political Digest September 2017: Out with the old, in with the new

Election day for potential new members of the Chamber of Deputies is fast approaching and in the coming 30 days we are sure to see and experience more mishaps in political marketing than over the past few years. Whether altered promo videos, inappropriate comments on Facebook and Twitter, or just odd PR attempts at staying hip, we thought we would provide you with highlights from the list of candidates that peaked our interest.

We could just write a very brief overview of every major political party in the Chamber of Deputies, with examples such as the Social Democrats, who witnessed the fall of two prominent figures – the former industry minister Mr Mládek and the failure to secure a top position for health minister Mr Ludvík, and the ANO Movement, with the political fast-tracking of Adam Vojtěch – a key adviser to Mr Babiš on health care. But we rejected that idea and instead, in the next few weeks, we will publish a series of brief commentaries on the fallen heroes and rising stars of six major political parties (ANO, ČSSD, KDÚ-ČSL, TOP09, ODS and KSČM). Coming soon to our website and twitter, so don’t forget to follow us!

Despite numerous efforts to regulate gambling companies and providers in recent months and years, including several local bans of gambling establishments across the Czech Republic, the Czech do love a gamble. From the wide range of casinos in the capital to the most recently regulated world of online gambling, a fair-sized proportion of Czechs will gamble in any shape or form.

That might be one of the reasons why the Ministry of Finance opted for a public lottery as a PR tool to increase the popularity of the widely lambasted Electronic Sales Register (commonly known as EET). The “Receipt Lottery” will be launched at the beginning of October and each month participants can win cash prizes ranging from EUR 4 to 38,000, or even an SUV. Apart from the PR aspect, the Minister is keen to promote the general idea that taking a receipt is as normal a practice here as in other EU countries.

The Ministry of Finance’s motives might seem logical and meritorious, but critics argue that the costs (allegedly up to CZK 86 million in the first year) far outweigh the benefits of this endeavour. All in all, we look forward to feedback from the general public, since the promotion of the lottery itself is far from perfect.

Although GDPR stands for the EU’s new General Data Protection Regulation, designed to protect personal data, we might just as well call it General Domestic Panic Rage. Although the legislation had been discussed since as far back as 2012 and was approved last year, most companies and journalists are panicking as though they were faced with impending doom. The new regulation is to become effective on 25 May 2018 and will introduce new rules on the processing of personal data.

Trade and industry associations and other experts are organising a plethora of seminars, each focusing on different aspects of the regulation or on certain key aspects. This merely serves to fuel the panic frenzy. The GDPR introduces a brand new EU-wide set of rules on data protection and huge fines for infringements.

On the other hand, lawyers specialising in personal data protection reiterate that, as far as companies in the Czech Republic are concerned, not that much will change because the country already has very stringent rules on personal data protection. We might interpret this industry frenzy, then, as another chance for companies that have not complied with current rules to rectify the situation, because nobody wants to pay a fine as high as 4% of their global revenues.

New consumer protection law? Not until 2019 at the earliest

Eight months of joint efforts by the Ministry of Industry and Trade and the Ministry of Justice to review current legislation on consumer protection resulted in the Government’s approval of a joint consultation document at its last session. This forms the basis for the drafting of a new legislative proposal for a brand new Consumer Protection Act by the authorities, to be submitted for governmental approval no later than the end of June 2019.

Consumer protection in the Czech Republic is currently regulated by both private and public law – ranging from the Civil Code to the Consumer Protection Act. It also encompasses a number of special regulations, such as the Electronic Transactions Act, the Public Health Protection Act, and the Mail Services Act.

Apart from making the transposition and implementation of new EU legislation much easier and faster, the new Act should also increase overall consumer protection and, in particular, regulate consumer rights regarding contracts made over the phone.

GSK has a new CEE Manager

GlaxoSmithKline (GSK), one of the top 10 pharmaceutical companies, has appointed Romana Jourdren as its new general manager for Central & Eastern Europe. She has been working for GSK since 2013 and, until August 2017, held the position of general manager for the Czech Republic and Slovakia.

Before joining GSK, she held various positions at Danone, Philips and Kimberly-Clark. She has vast experience of marketing, business development and regional management. In her new role, she will be responsible for all GSK Consumer Healthcare activities across 30 markets in the CEE region, including Russia, Poland, Ukraine, the Czech Republic, and Slovakia. 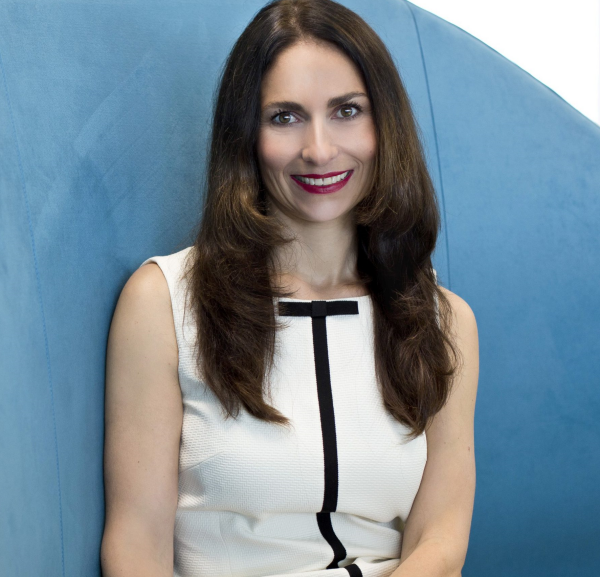 EURO and cocoa for everyone

I must start by disappointing European football fans and chocolate lovers, as this is not an article about less FMCG regulation or the free streaming of the world’s second most popular football championship. The title is a mere attempt to summarise the world’s second most-discussed “State of the Union Speech” – that was delivered by the President of the European Commission, Jean-Claude Juncker.

Although you may recently have noticed discussions on a “multi-track” Europe, the President strongly called for a unified Europe under one “captain”, sharing not just a single market and currency, but also – and especially – its values. The speech also included strong proof that the EU is aware of unacceptable inequalities, such as the different quality of FMCG products sold in its eastern member states (e.g. “Czechs don’t deserve less cocoa in their chocolate”). That remark was welcomed by V4 members, although it still remains to be seen what the stance of the new Czech Government will be on adopting the euro as our own currency. Check out the roadmap and some of the key priorities outlined in the #SOTEU speech.