The Winged Lion, Roman Kramařík, has entered US airspace, journeying over the Bering Sea from Russia. He previously entered Russian airspace on the symbolically important date of 21 August (the 50th anniversary of the Warsaw Pact invasion of Czechoslovakia) from Japan. This was not the original plan, but the result of a delay caused by Japanese formalities.

Roman flew from Alaska to Boeing Field in Seattle, where all new Boeing planes are tested and many are assembled. "My landing and parking fee were waived when the airport people found out about the Winged Lion story," Roman said. "I later also found out that one of the airport managers has Czech roots. No wonder. Did you know that the personal pilot of William Boeing was a certain Miro Slovak, one of the Czechoslovak DC3 captains who fled across the Iron Curtain in the fifties?"

"Amusingly, but not surprisingly, when I landed OK-TGM in Cedar Rapids, Iowa after a long flight from Seattle, I was greeted by a marshal whose grandmother was also Czech," Roman continued. "This might give you the impression that every American has some Czech roots, at least in the aerospace industry."

"I am now very much looking forward to meeting Czech compatriots in Chicago, which is dubbed the second-largest Czech city in the world after Prague. I guess it depends which Americans you still count as Czechs, but it is beyond any doubt that if you look for a Czech place in the US, it is over here. When the Chicago controller asked me on arrival where OK-TGM is from, I replied: from the Chicago country – the Czech Republic."

The most memorable of Roman's Czech footprints so far was his audience in India with the Dalai Lama, who shared memories of his good friend Václav Havel. The recording from that audience will be soon available on the website of Czech Radio and www.wingedlion.cz.

From Chicago, Roman will fly to Michigan for a thorough maintenance of OK-TGM before crossing the Atlantic back to Europe. And just before that crossing, he will pay a visit to the grandson of Jan Antonín Baťa to talk about another major Czechoslovak footprint in the world: the Bata pre and post-war globalisation.

Roman Kramařík, a partner at JSK, is attempting the first solo circumnavigation by a Czech aviator on the occasion of the 100th anniversary of Czechoslovak independence. Symbolically, his Cessna P210N is carrying the call sign OK-TGM. He is mapping Czechoslovak footprints and says that he would like to remind his countrymen that there are many good reasons to be proud of being Czech. You can follow him on www.okridlenylev.cz / www.wingedlion.cz, Czech Radio and on social media.

You can also read more in this press release. 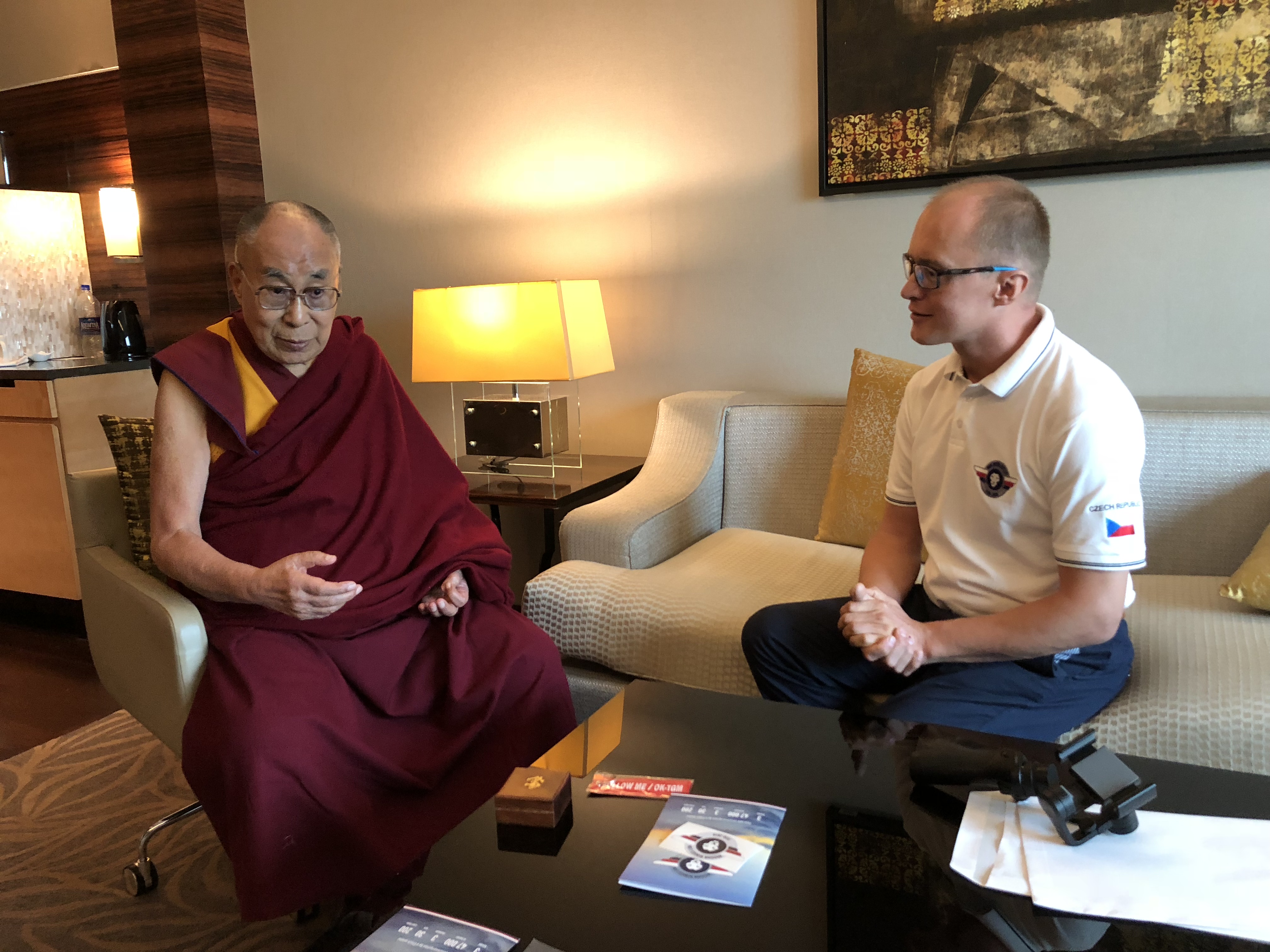