Prague Airport has managed a strong summer season without major complications. From June to August, over 3.8 million passengers were handled, which is one third less than in the record year 2019. However, the increasing tendency prevails. Since the beginning of the year until the end of August 2022, nearly seven million travellers passed through airport gates. The busiest day was 1 July when the number of handled passengers exceeded the 50 thousand mark.

“In this context, we must thank our employees and the workers of partner companies who contributed their shares in passenger and aircraft handling. They all managed the demanding summer operation very professionally with exceptionally high work commitment. Thanks to financial bonuses, we were able to motivate employees to volunteer overtime hours and, together with almost 400 part-timers, we successfully covered capacity needs even during the operating peaks,” Jiří Pos, Chairman of the Prague Airport Board of Directors, said.

WINTER AND THE YEAR 2023 OUTLOOK

Václav Havel Airport Prague expects to handle close to four million passengers during the winter flight schedule, i.e., from 30 October 2022 to 25 March 2023. New connections are to be added to the network. For example, the Air Moldova carrier will offer direct connections to Chisinau from the end of October, while Eurowings is to service Oslo and Madeira, and, from the beginning of November, also Hurghada and Marsa Alam. Other connections will also be offered by Fly Erbil, namely to Erbil. SalamAir will offer flights to Muscat and Salalah, SAS will operate the Copenhagen route, and Wizz Air the London Luton Airport and Bucharest connections.

“Salam Air will service new connections to Oman, specifically to Muscat and Salalah. The coming winter flight schedule will see additional increases in the number of frequencies, for example, on the route between Prague and Warsaw, Milan in Italy, or London, where the connection to London/City airport is being resumed with a three times weekly service,” Jaroslav Filip, Aviation Business Director, added.

According to the current forecast, Prague Airport could handle 12.7 million passengers next year. 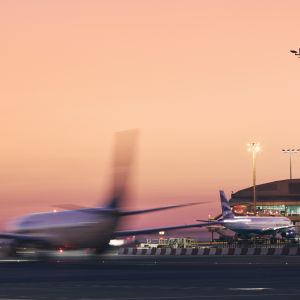 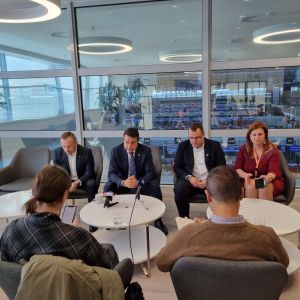